The third game I ran at Origins 2009 was Vittoria. It was a four player, five hour game, in 15mm with Volley and Bayonet, Road to Glory. 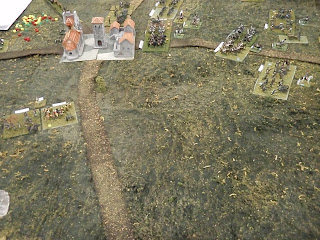 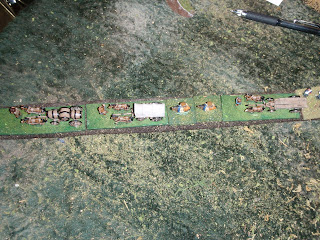 The British objectives, the town of Vittoria and the French baggage train next to it. The French were deployed in three lines in front of Vittoria and screening forces guarding the bridge that British General Graham's command must cross to attack. 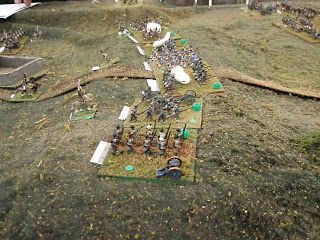 The first French line. The Britsih advanced to 2" and started a 4 turn firefight. It was the largest, longest firefight I have seen in a V&B game. 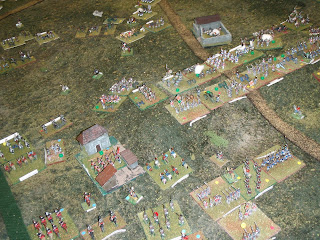 While the first French line was engaged, the British attempted to slip past the right end of the French line. The french used reserves to plug the gap. One of the things that very much appeals to me about Volley and Bayonet isthe fact that movement is large enough to allow players to keep and commit reserves. 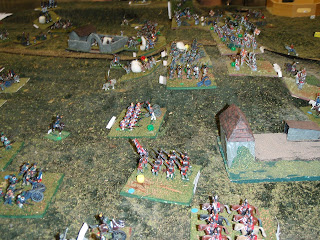 The British flanking attack thwarted! Graham crossed the river and supported by dahlhouse, attempted to breakthrough to Vittoria. The French counterattacked, pinned the british to the river and annihilated the left wing of the British army.
The British were unable to break or flank the French line.

This is a large, fun game.