Our last Napoleonics game was Vyazma. This battle occurred as the French retreated from Moscow. The French army was strung out and the Russians attempted to cut off Davout's Corps, the rear guard. Two days after this battle, the first snow fell. This was the last time the French army would fight as an army.

The French starting positions. There are stands of French stragglers on the road. Davout's Corps is near the top of the photo. 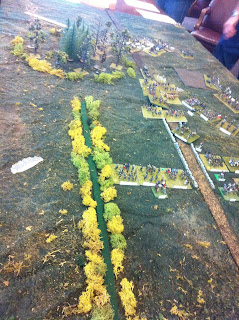 Gary, commanding Eugene's IV Corps, advanced boldly to link up with Davout. By the second turn Davout was heavily engaged by the Russian main force and Russian Cossacks and Cuirassier had appeared on the French left flank. Also by turn 2 Eugene had linked up with Davout and the rest of the French forces were moving to support Eugene.

The attacks on Davout wiped out 2/3 of his force. The Russian Heavy Cav was exhausted by French musketry. The Cossacks shot through a gap in the French line and threatened Vyazma before attacking the French right.

By the end of the game the French were able to withdraw what was left of their army, but it was battered. 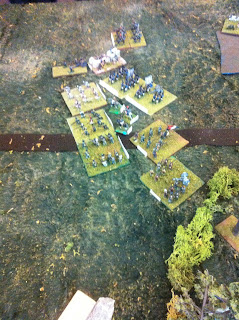 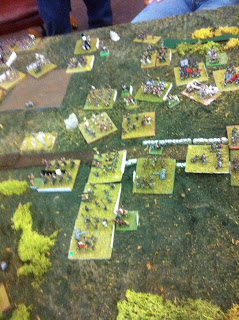 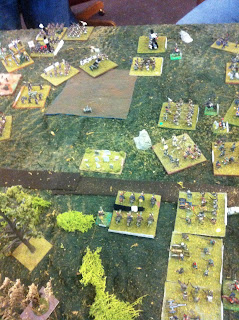 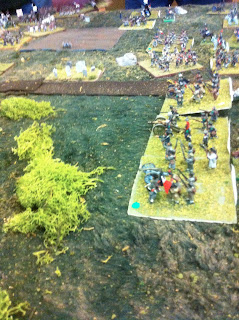