Everything is set up and Brady, Jerry and I will begin playing this in an hour or so. The table is simple; it's half of a ping pong table, 4.5'x5'. Krasnoi is two wooden town blocks sitting on the only road on the table. It sits two feet from the Russian edge of the table. There are hills on either side of Krasnoi that run to the table edge. The woods to the right rear of the town are considered forest. The two wheat fields are "standing crops."

The Russian 27th Division deploys on the two hills and in Krasnoi. The Russian 7th Corps enters on Turn 3, one foot to either side of the road.

The side that controls Krasnoi at the end of the game is the winner.

This battle occurs in August, 1812, just a few days before the Battle of Smolensk. There will be another battle at Krasnoi in November, during the French retreat. This is the leading elements of the French army, attempting to maintain contact with and engage the retreating Russians. The 27th Division is the rear guard of the Russian army.

The cemetery on the left hand hill has no effect on combat or movement; it is on the table in all my games.

We recently playtested one of the games my friend, Jim, ran at Origins. This is a Sci Fi/Horror game involving giant ants and spiders; remember the movie "Them?"

The sleepy town of Tumbleweed Corner has been invaded by giant bugs! The inhabitants have sought refuge on the roofs of the buildings; surely they'll be safe there...

The game began with the National Guard driving onboard. Each player was allowed to choose two vehicles and a squad of 6 soldiers. Their mission was to rescue the civilians. The bugs were trying to drag humans underground to heir lair. 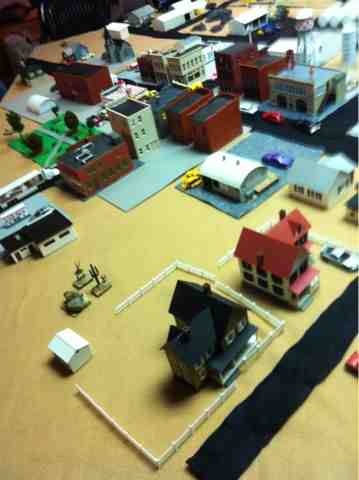 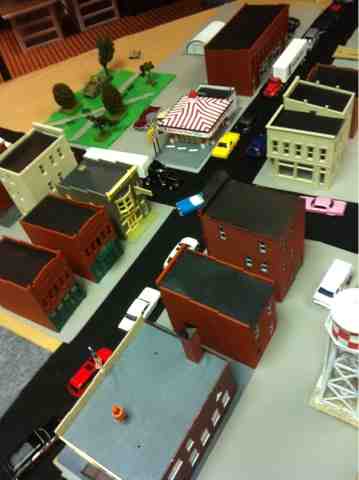 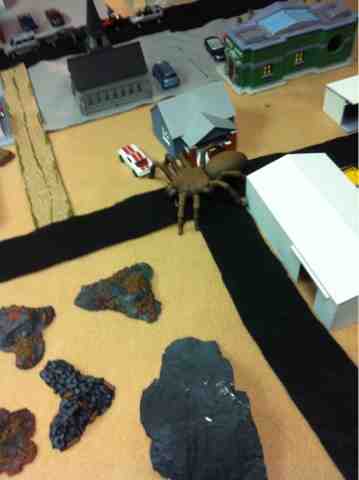 Each turn the bug players could either roll a d6 for the number of giant ants emerging from the earth, or choose a random "Big Bug" 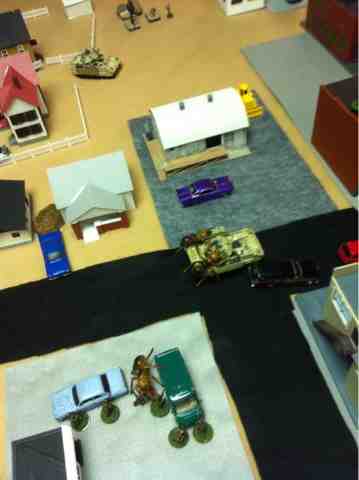 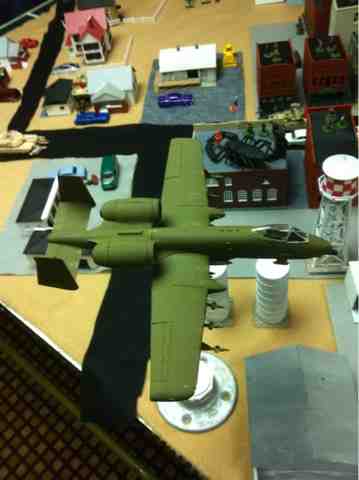 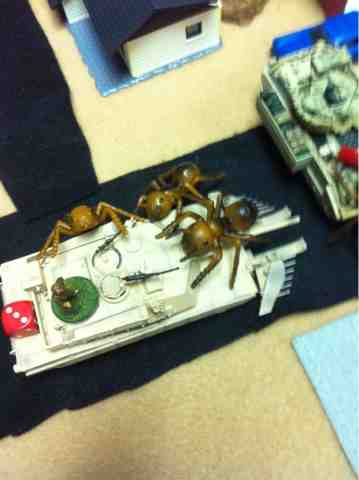 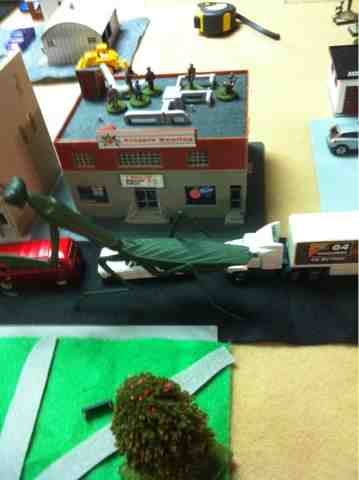 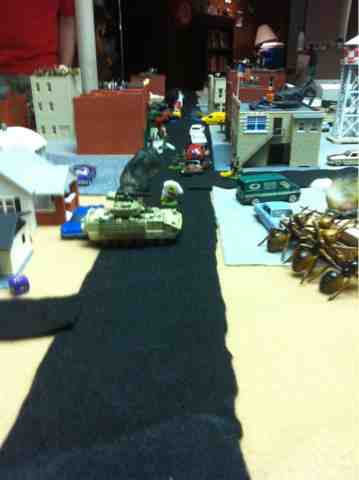 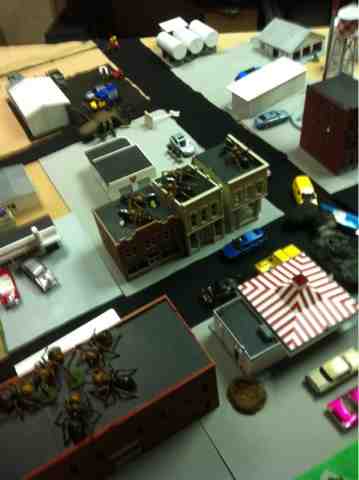 It was great fun. Since it was a playtest, the victory conditions were not set; since I played on the bug team, I think we won!
I haven't heard yet how the Origins game was received, but I'm confident everyone there enjoyed it as well
Posted by Mike at 12:53 PM 9 comments:

I was recently on the Miniature Wargames site and saw a link to an OB for the 1st Battle of Krasni. I was aware of the Battle at Krasni during Napoleon's retreat from Moscow, but was unaware that an earlier fight had occurred when the French army was moving the other direction. The OB is attributed to John Walsh and I have adapted it for Volley and Bayonet.
I'm still working out the map and scenario details, but here is the OB.
From what I can learn, which isn't much, Neverovsky was the rear guard as the Russians withdrew to Smolensk. Murat attempted to overwhelm him, but did not. Part of Ney's infantry was engaged as well. The Russian 7th Corps was in supporting distance, but did not fight. The French Heavy Cavalry was in supporting distance, but did not become engaged either.
In this scenario, all of the troops listed below will be involved.