We recently played the Dennewitz scenario with Volley and Bayonet. A six player game, we played for 5 hours. 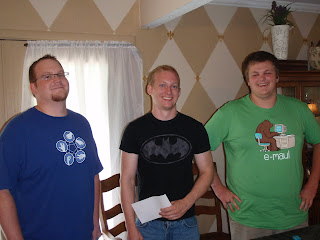 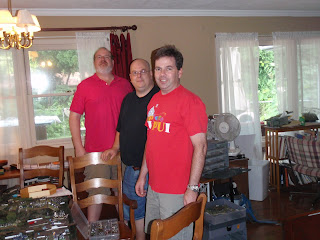 All of the French allies, except the Bavarians, were supplied by Dan; Italians, Poles, Wurtemburgers, and Saxons. It's been 5 or 6 years since Dan has been at one of our games and we are glad he was able to join us. 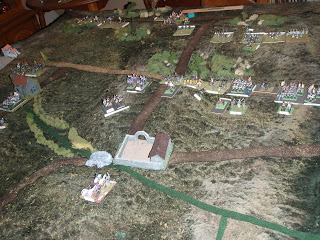 
Both sides in this game get reinforcements for the first five turns. A meeting engagement of the historiacal kind. Here French reinforcements move up the Leipzig Road toward Dennewitz. 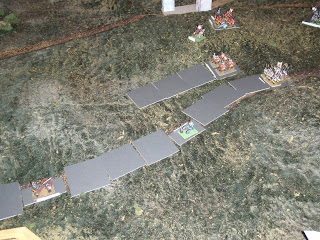 The action was hot and heavy on the Allied right as the two armies fought back and forth. 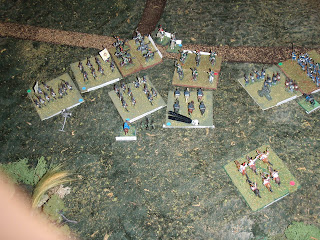 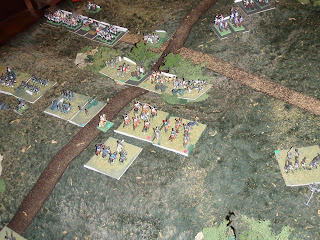 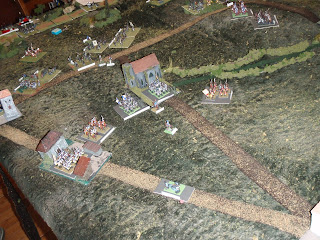 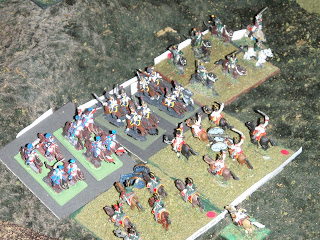 In the last half of the game, control of the Windmill Heights changes several times. The heights and the town of Goehlsdorf are victory points for the French. 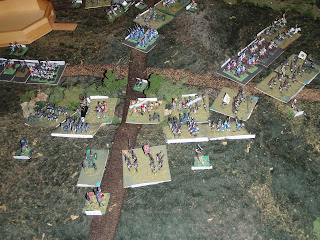 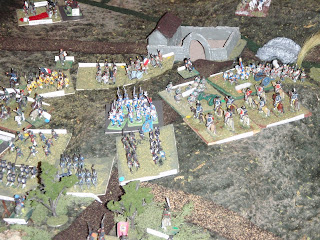 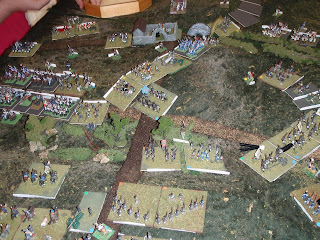 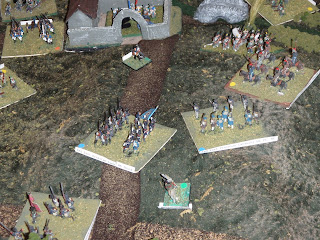 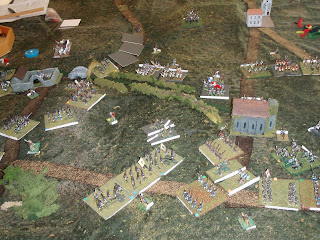 By the end of the game the reinforced Allied left attacks the French as well. 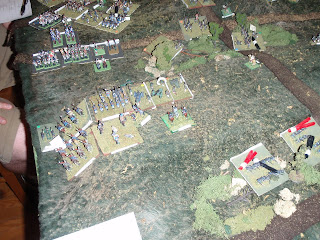 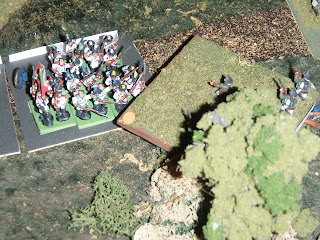 This game ended in a French victory, 75-22. This is one of my favorite Napoleonic scenarios. Created by my good friend, John Holtz, I've played in it five times and GM'ed it once. Each game is different and exciting. It's easy to understand why Frank Chadwick included this one in the rule book.

I attended the first day of JohnnyCon 3. Here's a couple of pictures of me playing in Dean West's Freiburg game. 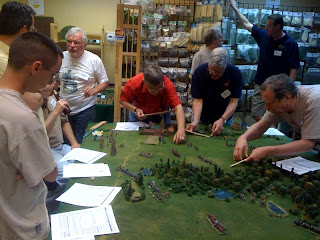 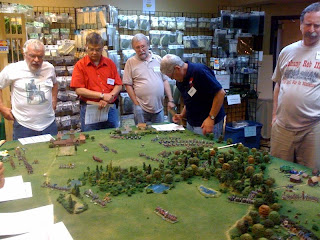 For a full report of all three days of the Con, see http://pavelft.wordpress.com/
Posted by Mike at 4:54 PM 2 comments: