My wife gave me a subscription to Wargames, Soldiers and Strategy for Christmas. I asked for the digital version and received my first issue, number 58, within a few days of the order. This is a great issue. The theme is the 1809 war between the french and Austrians. What great timing, I'm painting Austrians!
The cover has a small diorama of Austrians marching through the mud. I plan to use the painting techniques from one of the articles to do a base of Austrians ro Volley and Bayonet crossing a muddy field.
There are also rules for Napoleonic skirmish level play, including a scenario, and a set of rules where each stand is a brigade. There i a scenario and OB for Aspern-Essling. A review of Napoleonic rules and miniatures round out the 1809 portion of this issue.:

There's also an article for gaming the defense of the hospital at Rorke's Drift, including instructionss to build a hospital model. It's one of those periods I have been able to avoid up to this point. After reading the article, I'm tempted.

Figure reviews, book reviews, columns, as i said before, it's a good issue. It's also a good value about $20 for a one year, six issue, digital subscription.
Posted by Mike at 2:08 PM 6 comments:

Battle of the Bulge Pictures

Like many, I belong to some yahoo groups. I get a lot of email, most of which I delete without reading. Here is a link to some pictures from the Battle of the Bulge that was in an email. The pictures are good. There's one of a PzJgr IV and when I build my next model of one, I'm going to try to copy the original paint job.
67 years since the German attack in the Ardennes. Surely that's reason enough to drag out the tanks and have a wargame.

This book, by George Crile, is highly recommended. It is the story of the CIA's secret war in Afghanistan and the movers and shakers behind it. For me, the story of the people supporting it was secondary to the story of the war itself. It was very interesting to learn how the appropriations were handled and that part is compelling. The agreements forged by Wilson between various countries to aid the Mujahidin yielded good results, even when his actions greatly exceeded his legal limits.
The book is much better and very much more comprehensive than the movie. Larger than life characters and a desparate struggle against tyranny. What more can you want in a book.


If you have any interest in the Cold War, the CIA, or are looking for a good piece of non-fiction, this is the book for you.

We used to have a member of our group with a good sized Austrian army. Alas, he finished his PHD and left Bloomington to start his career. He did not leave his Austrians behind. I have a small Austrian army; roughly one corps in Volley and Bayonet terms. It allows me to fight some of the 1813 battles such as Liebertwolfwitz. I need more Austrians.
I recently made my first purchase of painted figures from Ebay. Almost every figure in my Napoleonic collection has been painted by me. I got these for a very good price and they fill a much needed gap. 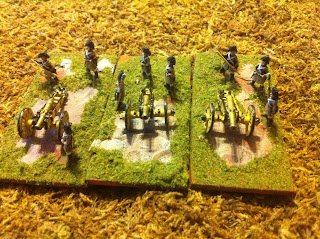 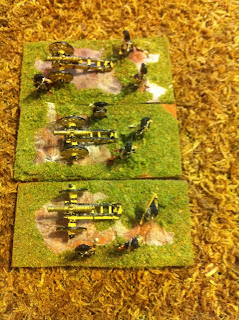 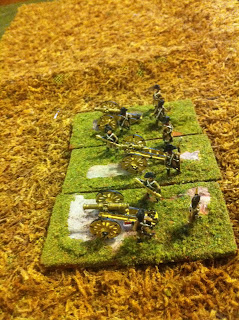 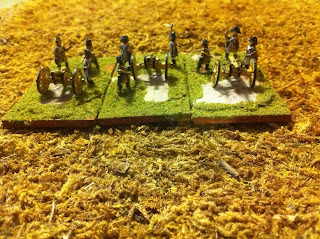 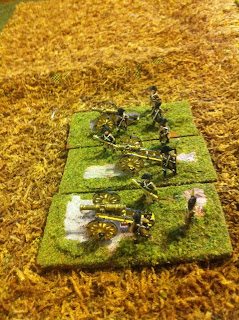 There are six bases. I plan to double my Austrian army to 2 corps, plus cavalry. Someday, I want to refight Dresden.
I plan to run the battle of Raab in the first quarter of 2012 at one of our monthly club meetings.
Posted by Mike at 4:32 PM 10 comments: