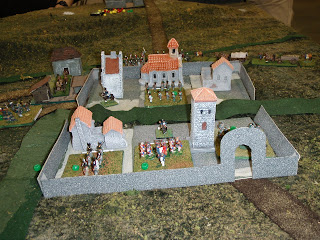 The town of Toulouse, my fourth game at Origins 2009. The rules were Volley and Bayonet; Road to Glory. This was a smaller battle than Vittoria. The French setup in Toulouse and on the Heights of Calvinet. The Heights are the key to the French position. 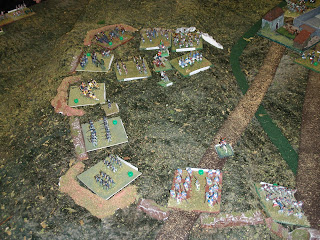 The French occupying the Heights. I treated this as a level 2 hill with field works. The road leading off of the Heights goes to Toulouse. 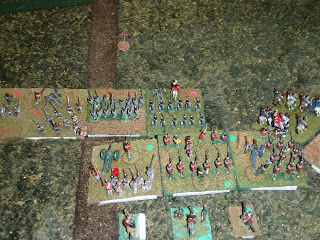 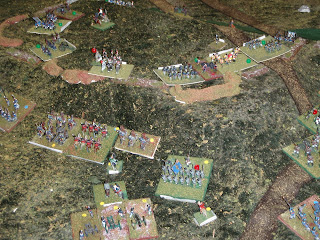 The attack on the Heights. It failed. 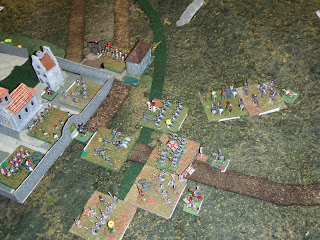 The British right flank attempted to storm the city walls. These attacks were also unsuccessful.
This game ended in a French victory.
Posted by Mike at 7:17 AM