Today for our club game day we played DBA. I haven't played this for 12 or 13 years; don't know why, it's a great system. Since 1990 I've played at least 1000 games of DBA. For the uninitiated, each army is 12 stands. During your turn you roll one D6 and that is your movement pips. A game normally takes 30-60 minutes to complete.
We had planned to play a large game, but due to conflicts it was a small group today. We played a series of one on one games.

I won this one when my General killed his General. We managed to set up that melee so that the winner would kill the loser; my luck was better--not necessarily my generalship. 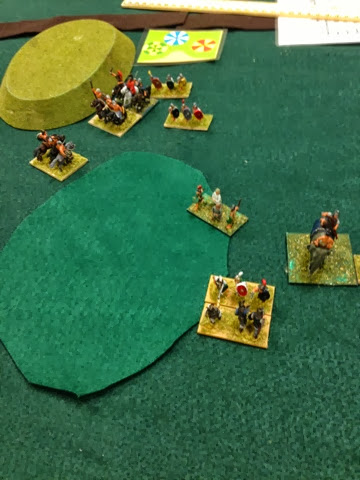 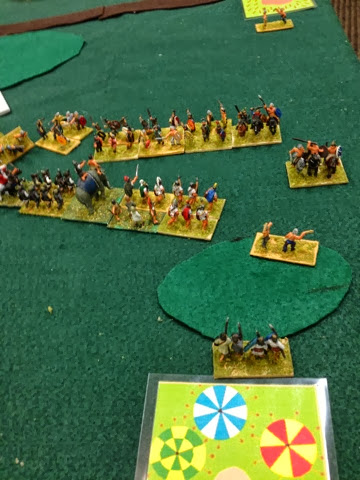 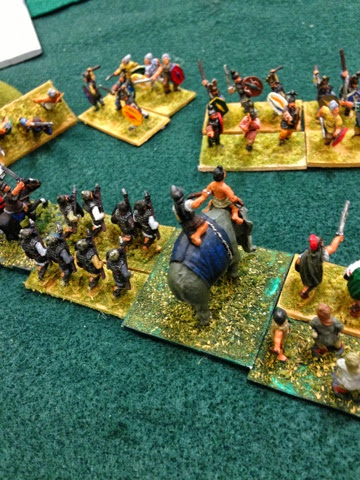 Fun, fast games. These armies will see the light of day again soon. 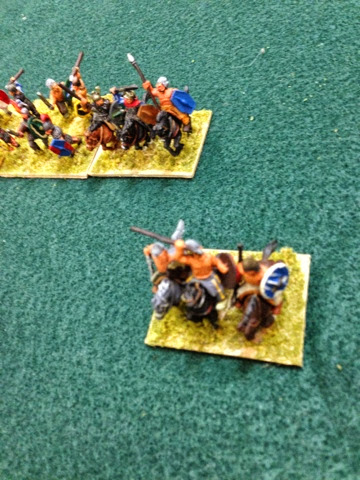