GenCon was great fun. 40,000 gamers all in one place; every imaginable costume and game all thrown in together. I will be back next year.

I played in a Sail Power game. Three teams, British, Dutch and Pirates. The British and the Dutch were at war and the Pirates were lurking around, looking for easy prey. As one of the Dutch player, I tried to bribe my way into the British port to conduct trade; and barely escaped with my life! A British ship arrived, I made for the open sea. The fort at the port put a fire shot into my ship and set it on fire. Of the twelve players, I finished 11th.
Still a fun game with great terrain and models. The rules handle sailing very well for a land lubber like me. 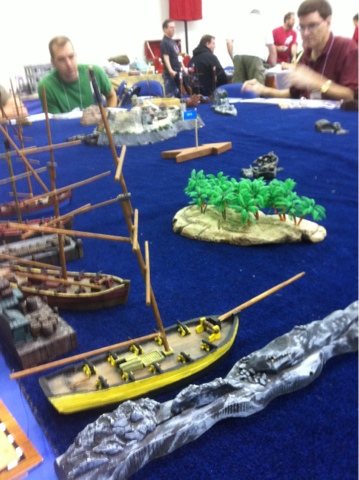 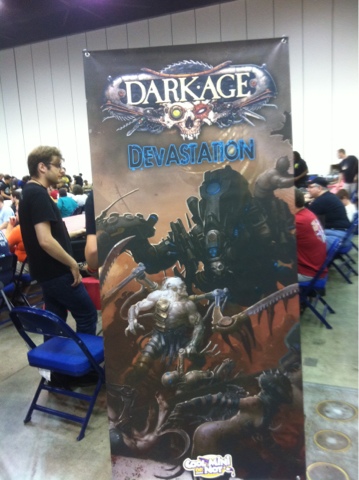 My son, Brady, and I played in a game of Freeblades. It's a fantasy skirmish game. A lot of fun; highly recommend this one. 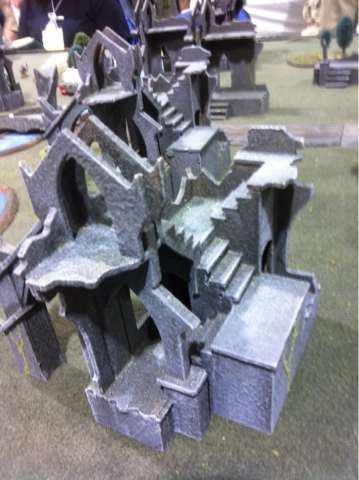 We were members of the Bandit team, trying to steal loot from the wagon. 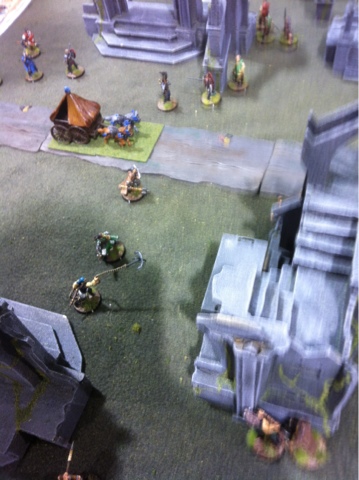 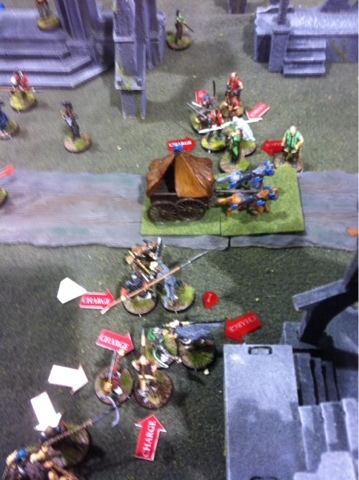 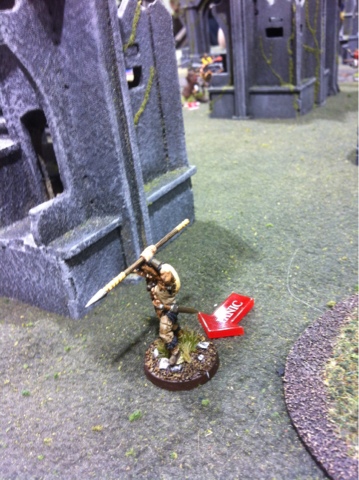 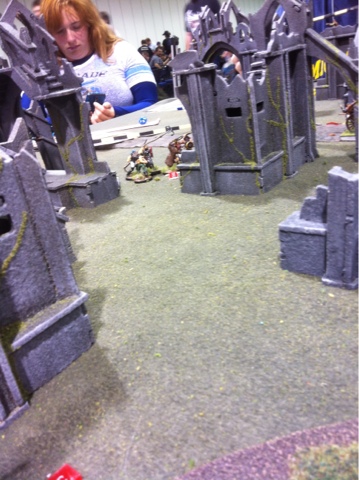 This piano sits outside one of the entrances to the Convention Center. On Thursday and Friday I sat here and listened to random people stop and play. 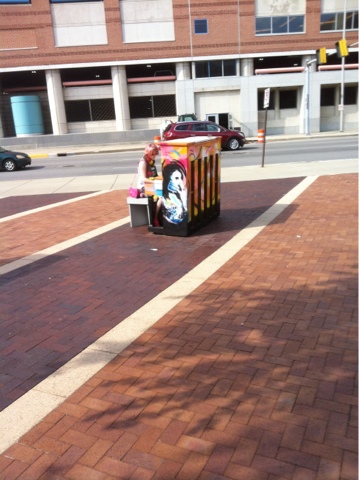 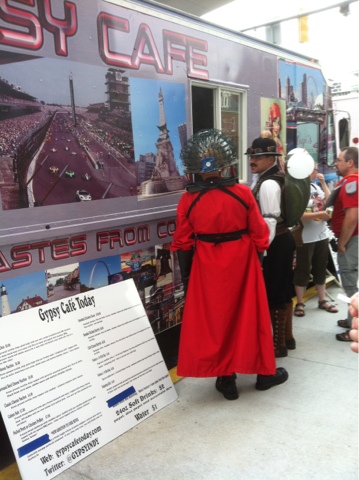 We played a demo game of Leviathons. This is a fun, fast moving system. At $100 for 8 miniatures, the rules, and maps, its a little more than I am willing to pay. 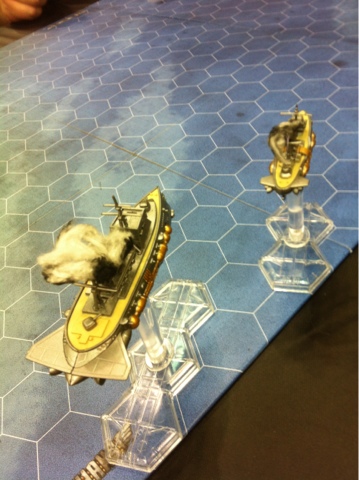 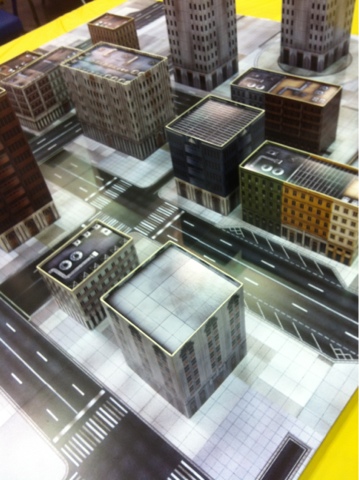