I downloaded these rules from Wargamers Vault after reading about them on The Miniatures Page. The premise is that Hitler has a secret time machine and attempts to go back to 1933 to try again. He winds up in the Jurassic Age. The players control dinosaurs and who ever eats the most Nazi's is the winner.

We played two games with five players in each game. In the first, I started the carnivores too far away and the herbivores did most of the killing by walking over the Nazi's. I managed to snatch half a Nazi out of the mouth of an allosaurus for a tie.
In the second game the carnivores were among the Nazi's quicker. One of the Nazi's put a rifle shot into a herbivore which fell on him and crushed him.
Great fun, I highly recommend it! 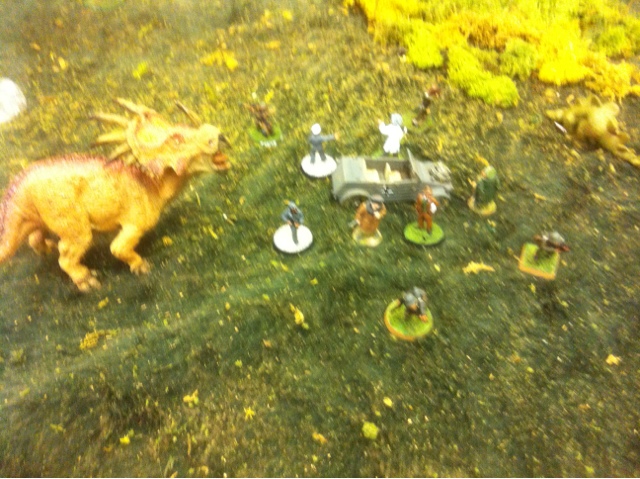 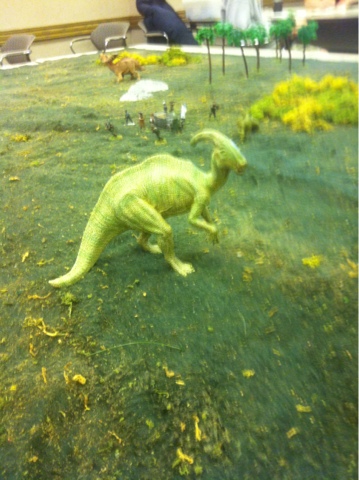 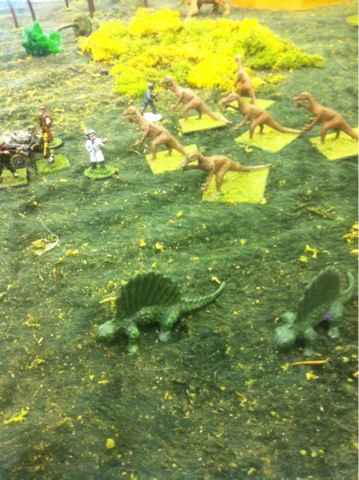 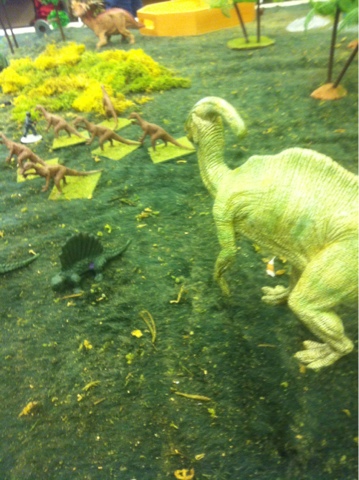