One hundred years; it's almost incomprehensible to me. It's been a century since the first year of the Great War, and I'm around to see it.
This Veterans' Day I remember my grandfather, Allan Hert, Sr; a veteran of the US Army. The flag presented to my grandmother at his funeral hangs in a case behind my chair. 100 years ago he was 15. Three years later, in 1917, he was in the army and the US was in the war.
I remember him. He was tall, and quiet, and kind to his grandchildren. He was working as the Superintendent of the Avoca State Fish Hatchery when he died of heart disease. My younger brother and I spent many weekends with our grandparents in the early '60's.

The State of Indiana built what Frank Lloyd Wright called , "The ugliest public building in America," the World War Memorial in Indianapolis. I stood in front of his and his cousin's name there.

In a family full of veterans, Allan Hert, Sr, is my favorite WW I veteran. 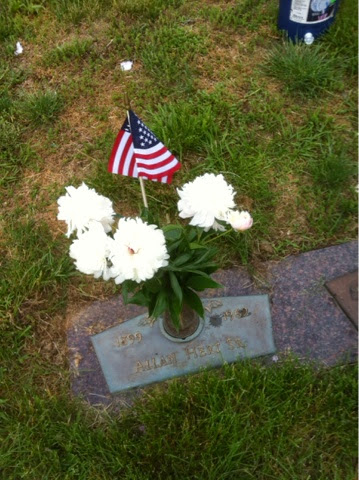