Yesterday we played a game of X Wing. Six players, the scenario was an Empire attack on a damaged corvette. The bigger, capital ships look great on the table. I was an Imperial player and one of my Advanced Tie's was piloted by Darth Vader. As luck would have it, my son, Brady, was a Rebel and he had the Millennium Falcon with Luke Skywalker as a crew.

This is a fun system. I had four fighters and used two to engage the escorts while the other two fired at the corvette. We had to bring it down before it could cross the table.
Richard had Boba Fett, flying for the Empire. He made a run on the corvette, flew past it and them the corvette swung to the left and smashed into his ship, destroying it. I stayed behind the corvette, now at a safer distance, pouring shots into it. I finally delivered the final hit to the corvette by ramming it with a Tie Fighter. The Rebels had destroyed all but three of our fighters and thus earned a slight victory. Father and son did not square off this time. Next time Brady/Luke will learn to fear the Dark Side. 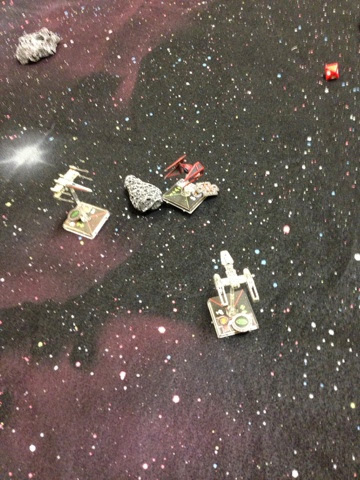 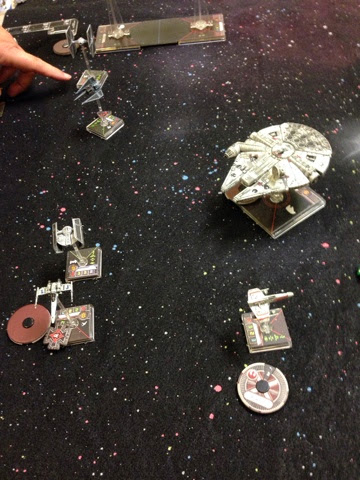 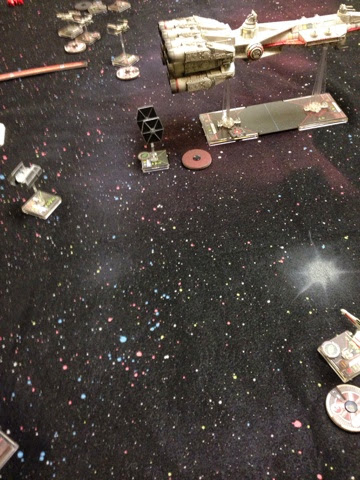 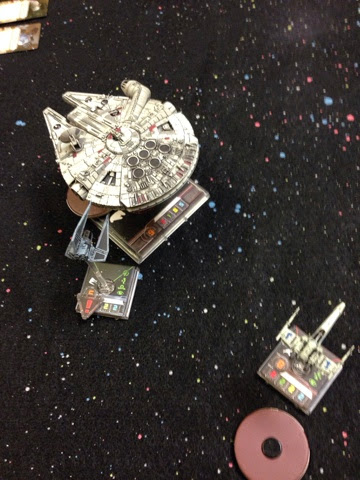