I recently found these pictures from a game I ran at Origins a few years ago. The scenario represents the White right flank attack. The White artillery started game with very good shooting. Their cavalry moved to the attack while the infantry moved forward as fast as they could. It was a fun game, and regardless of how it appears, I do not put an armored train in all of my RCW games.

The mighty Red armored train rolls on; and picks up a hit from the White artillery. 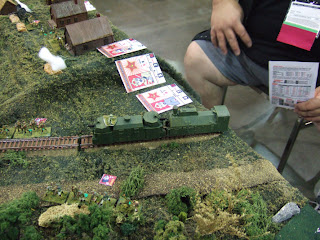 The Whites advance down the table. 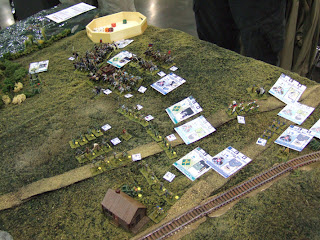 The White cavalry moves past the armored train. 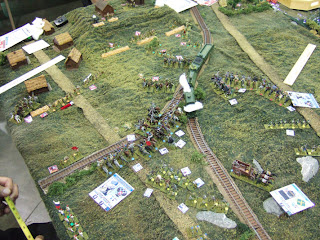 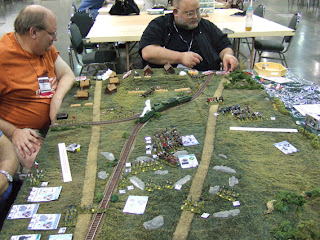 Long view of the table. 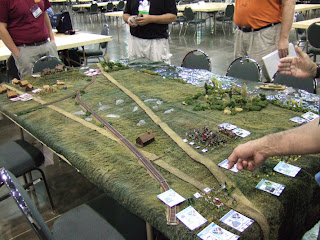 The pictures were taken by one of the players, Peter Bogdasarian. The Reds held on and won this one. I really enjoy the Red Actions system; it models the period very well, is easy to learn, and if the scenario is set up correctly, provides a resolution in a reasonable amount of time.
Posted by Mike at 9:23 PM