The Indiana University Conflict Simulations Club met Sunday for it's monthly meeting; a WWII, Command Decision game and Gladiator combat were the two games played.
I have played many games of Command Decision since it was published in the late '80's, but this was only the third time I have played the latest version, Command Decision-Test of Battle. I like this version, it's faster and the spotting and artillery rules are improved. We played a meeting engagement with generic forces as a learning game.
Jeff provided the terrain and vehicles. He has a very nice collection of HO scale tanks, tracks, and trucks. My old friend Bob the Knob made a special guest appearance; he and I played Germans and Jeff and my son, Brady took the Americans. 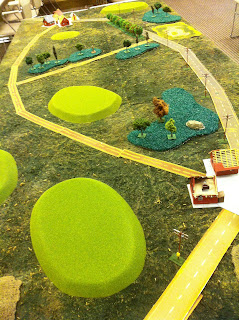 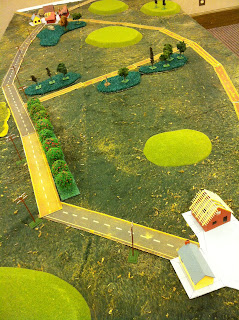 On the first turn, the Gemans did a Hasty Advance with everything, racing for the center of the table. 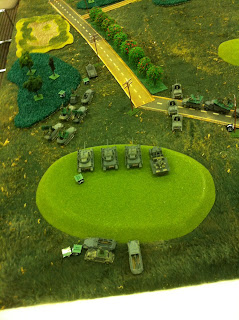 My Panzer IV's pull up as an overwatch. The AA asset watches the sky. 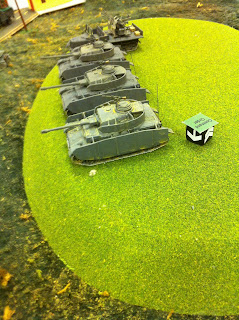 The Germans reach the woods near the center of the table and deploy. 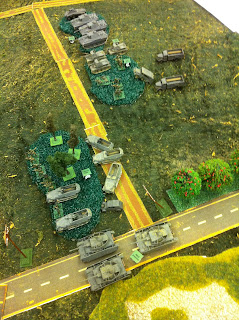 Also on the second turn, my Puma races down the road, looking for Americans and finds the head of their column, and an M8. The armored cars exchange fire and my Puma blows up! 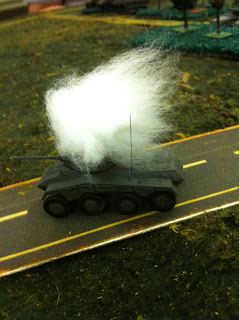 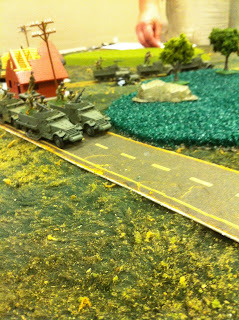 Bob's infantry make it to the woods and deploy. 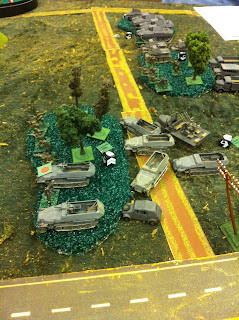 The US forces move down the roads leading from their entry point. My Panzer IV company moves past the woods to engage. They kill two M8's and then find themselves facing 8 enemy tanks and tank destroyers. 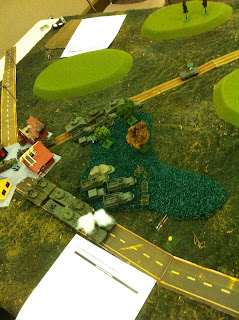 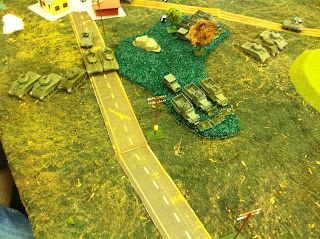 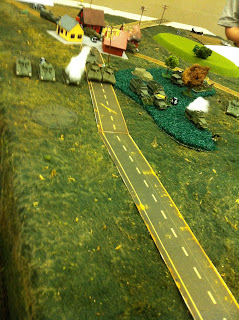 A disengage order allows my Panzers to escape. 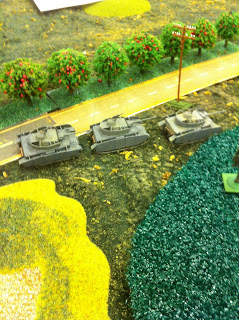 View from the US end of the table. 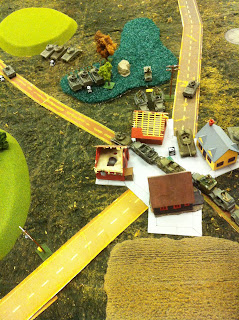 After a few more turns of long range sniping with tanks and some effective artillery, I decided to send my tanks to Bob's flank and help him against the three Shermans on that end. 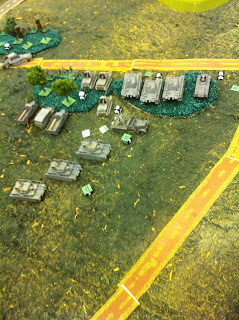 Seeing his position about to be overrun, Jeff moved his company of Shermans onto a hill, trying to get hull down. Bob and I advanced our tanks and the Panthers cleared the hill. At that point, the Americans conceded.
A fun game, Command Decision is back in the rotation. 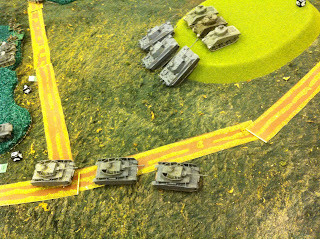 On the other table, Big Mike ran a couple of games of gladiator combat. It sounded like great fun. 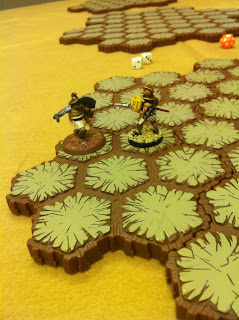