We recently played the Battle of Brienne using Volley and Bayonet. The scenario is from the Volley and Bayonet Page
I used the early start option and the victory conditions that required the Russians to exit all of their divisions. Since the IX Corps starts at the opposite end of the table, the rest of the Russians must march to the rescue, and then the entire force retire in the face of the enemy. There were four players in the game, including one who had never played miniatures and one who had played only in the Wild West skirmish games. Both had a good time.

The historical battle, January 29, 1814, occurred when Napoleon attempted to cut off Blucher's army and destroy it. Two infantry corps and two cavalry corps are attempting to escape the trap. 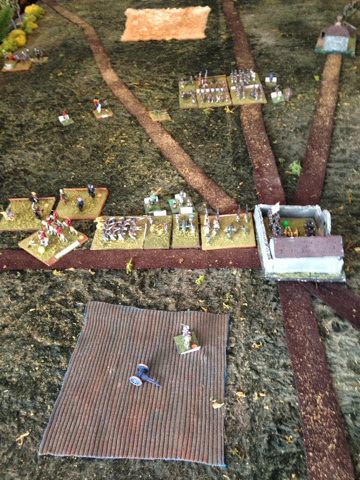 The Russians have withdrawn into Brienne and formed a line with two divisions. The relief force is at the top of the photo and Guard cavalry engages some Cossacks.


The French attacked with their cavalry; it arrived on turn 1. A corps of French infantry arrived on turn three, and then two divisions of Young Guard arrived next. In a furious cavalry fight, the entire division of French Guard cavalry was destroyed! The Russian line anchored on Brienne held, throwing back attack after attack. Dusk, and then darkness meant that the French would not be able to catch and hold the Russians. The Russians win this one.

A fun, fast, three hour game. I want to try this again with different victory conditions. 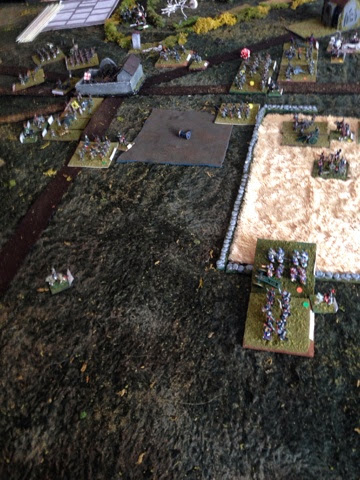