We played a game of Command Decision-Test of Battle yesterday, the Battle of Mokre. The scenario is from Bob MacKenzie's excellant website. If you aren't familiar with it, please stop by and have a look.

There are many good scenarios and game pictures.

Jerry brought his camera with the new macro lens, so the quality of the pictures is much better than normal.

The Germans have launched a counter attack, just as the Soviets are reinforcing. Historically, the Soviets ambushed Kampfgruppe Collins as it entered the area. In our game, the Germans pushed their Panthers and Tiger II toward Mokre and engaged and destroyed the Soviet armor there. On the other end of the table, the Germans were unable to withstand the Soviet reinforcements. Their one StuG platoon was destroyed before help could arrive. At the end of the day, the Germans conceded.

A fun game; good scenario and good company. In two weeks I will run the Battle of Smolensk, 1812, at my home and our club game for March will be Flames of War. 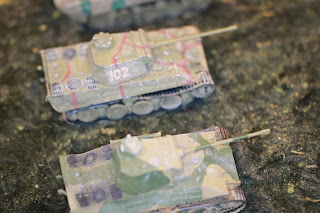 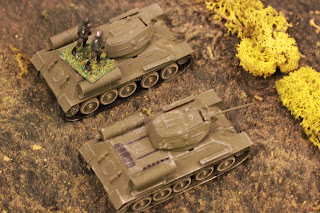 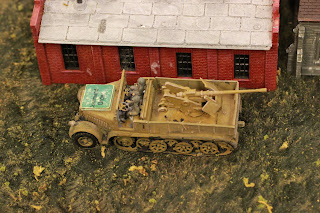 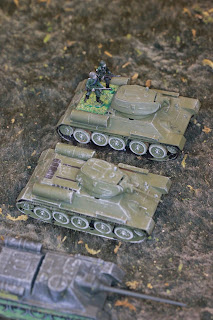 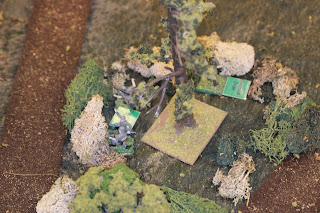