This past Sunday we played a game of Command Decision, Test of Battle. We played another of Bob MacKenzie's great scenarios, the Battle of Rimling. Below is Richard's take on things.

January 9 proved to be a cold, cold day for the Americans tasked with
holding Rimling.  Faced with six charging Stugs and an SS Pioneer
battalion from the front, with a massive Jagdtiger and an SS
Panzergrenadier battalion threatening on the right, they held the town
doggedly for four long turns.
During this period the US lost a little more than three battalions of
infantry, two M36 Tank Destroyers, a 105 mm field howitzer, a 57mm
antitank gun and a 3” antitank gun.

The Germans traded most of their SS Pioneer Battalion, most of the SS
Aufklarung abteilung  infantry, about half an SS Panzergrenadier battalion
and two Stugs for victory.  As the US relief force of two Shermans and an
infantry battalion came on board (two turns after their earliest possible
entry) the Americans had been cleared out of Rimling and the Jagdtiger
abteilung was coming forward to engage them along with the remaining four
Stugs.

Mike and Bob commanded the US forces, while Richard, Brady and Jeff
handled the German formations.  Perhaps the most startling maneuver seen
was the wide sweeping end run around the US right flank by a split-off
mechanized Aufklarung detachment, racing across the US rear area to launch
a successful attack at the far American left corner of the board. The 20mm
autocannon and 7.92 mm machinegun fire from a Sdkfz 234/1 and a Sdkfz
250/1 destroyed a US regimental cannon company and a 3” antitank gun
company.

Lady Fortuna ruled the battlefield.  From the quick German kills on both
ineffective US tank destroyers to the delay of the US reinforcements, the
dice generally fell toward the German side throughout the game.  Despite
the brutal toll taken by the surfeit of American artillery (they inflicted
almost all of the casualties on the German Pioneers and Aufklarung
infantry) the impetuous assault on Rimling and the fast maneuvering of
German armor won the day. 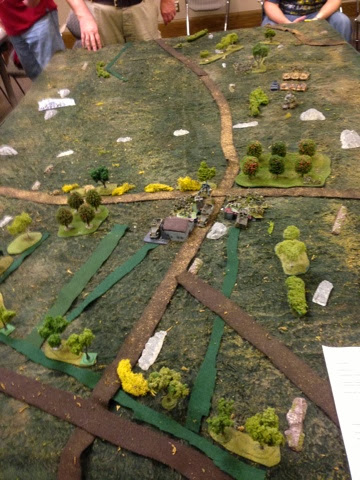 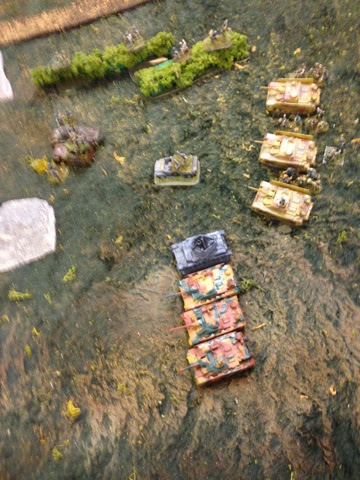 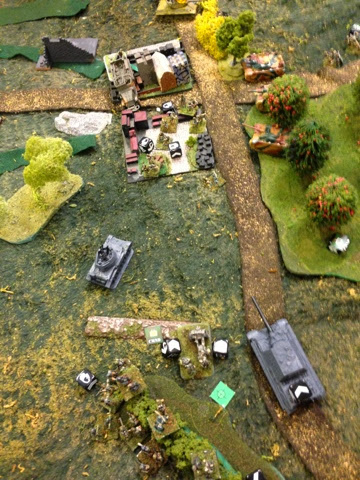 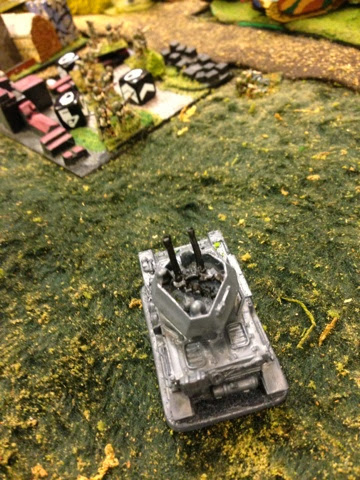 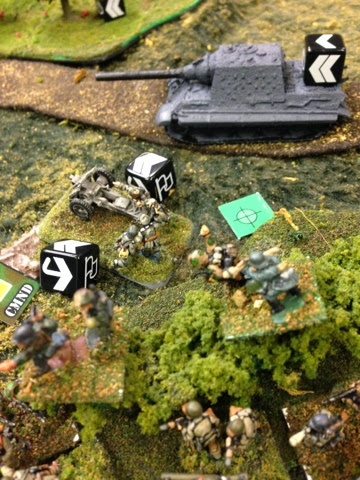 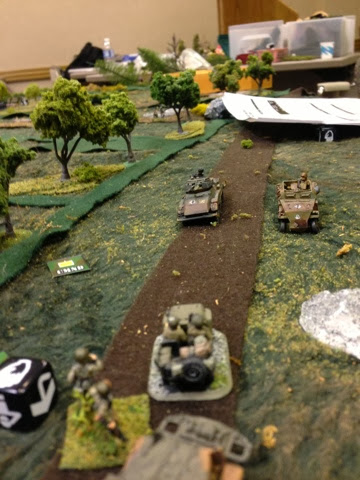 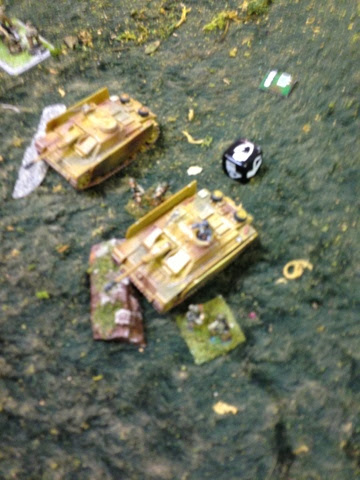 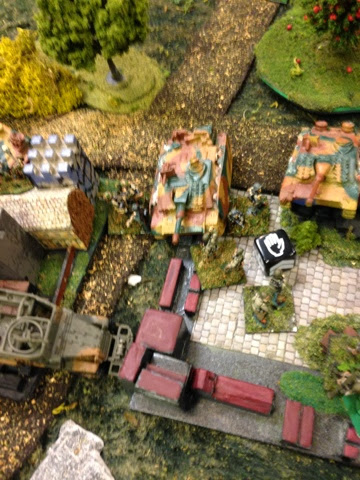 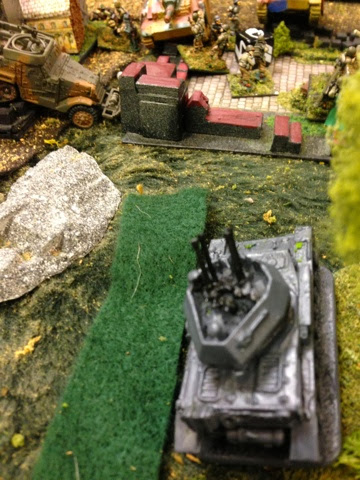 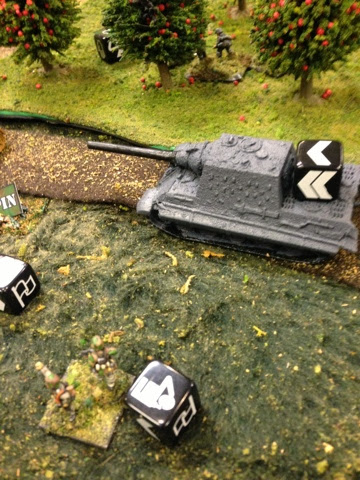 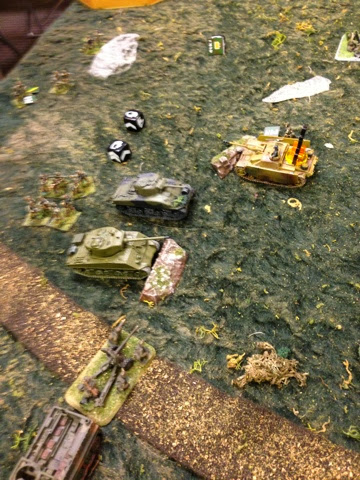 It was a very tough fight. The US players had a lot of artillery and Bob and I planned to use it to slow or stop the Nazi horde. It all missed on both turn 1 and turn 2. I'm not bitter, but if I had rolled as well on the first two turns as I did later, the Germans would not have entered Rimling.
Oh well, fortunes of war. At least I've finally played a game with a JagdTiger in it.