We played a Command Decision-Test of Battle game on Sunday. I chose the Battle of Heiderscheid from Bob MacKenzie's excellent site,  link.

I brought out my 20mm plastic figures and vehicles; first time they've been out of their boxes this year. We had a total of seven players; Richard, Jim T, Bob, and Gus played German; Jeff, Big Mike, and I were the American commanders.

The Germans have a regiment of Volksgrenadiers and elements of the Fuhrer Grenadier Brigade are  attacking the towns of Eschdorf and Heiderscheid; the later held by two companies of the US 80th Division. The terrain is very close on this battlefield, the forest is heavy, half move for personnel and vehicles are prohibited from entering. There are multiple crest lines that block LOS as well. 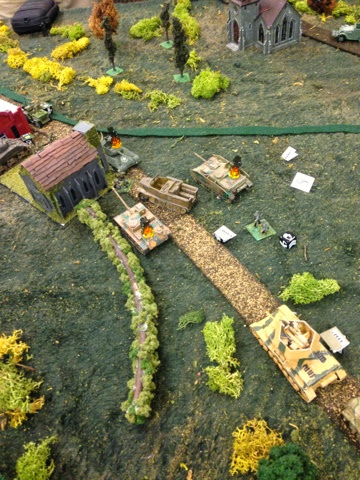 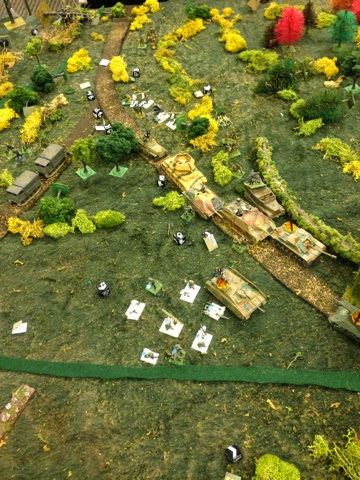 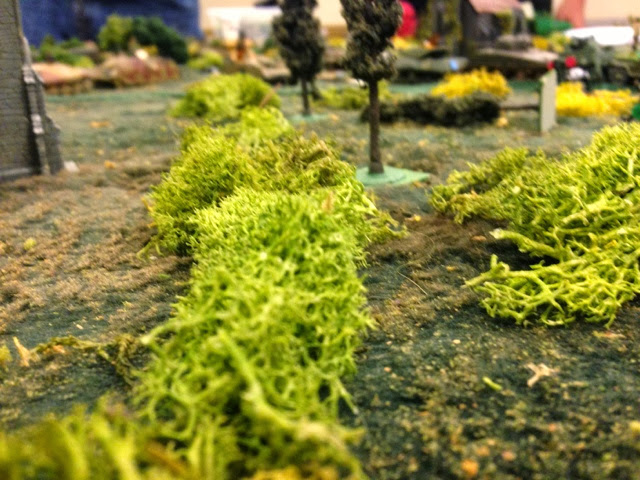 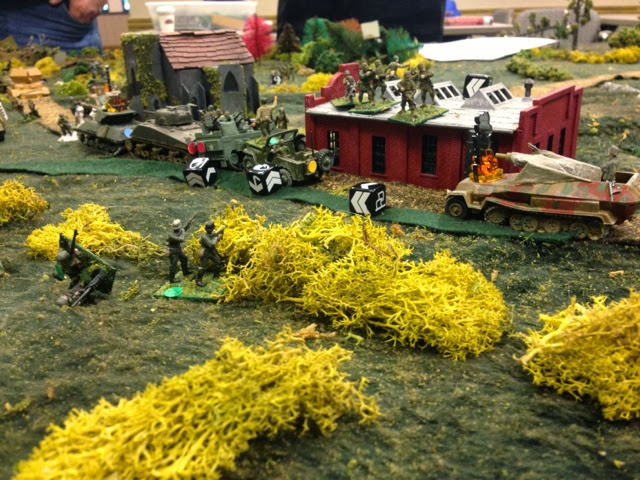 It was a fun game; very interesting. I recommend it to any CD-TOB players. This one was a German victory. Our October game will be DBA. 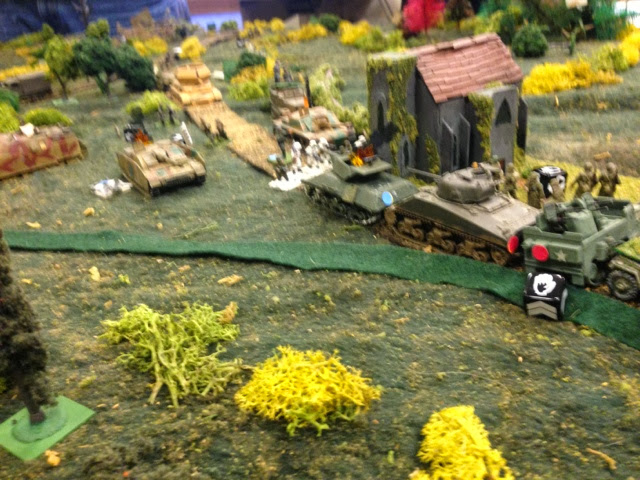