Jerry, Brady and I played First Krasnoi this past weekend. Brady and I were French and Jerry commanded the Russians. It was a very close affair, and we agreed to play this scenario again.
Jerry brought his camera so the pictures are high quality. 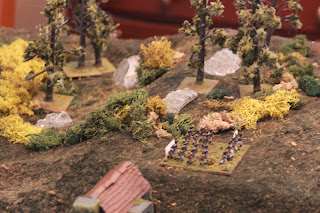 There are special restrictions placed on Cossacks in Volley and Bayonet. They may only attack disordered or routed units from the flank or rear.
The French moved up and began attacking as soon as possible. Their first attacks were defeated and three French cavalry units wound up either Disordered or Routed. Jerry sent his Cossacks in pursuit. Only one of them could contact the closest unit, a routed French Hussars brigade. It routed and picked up in the Morale Phase; thus triggering Cavalry Breakthrough. When a cavalry unit charges and it's target routs or picks up, it has three choices:
Take a free facing change and stay in place
Move back to it's original position
Charge again if it can contact a different target. The charger will become permanently disordered if it does so. Jerry chose to charge again. He contacted a second French cavalry unit in disorder and routed it, causing it to lose it's last strength point. And triggered the second and final cavalry breakthrough movement, which also resulted in a French cavalry unit routing off the table.
Poof, three French cavalry brigades disappeared. They would be missed... 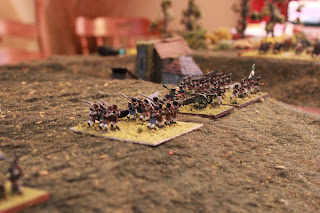 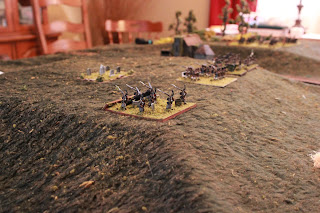 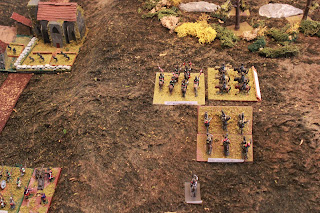 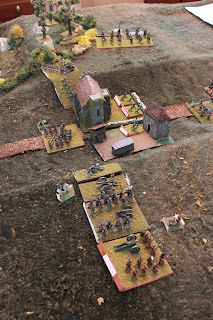 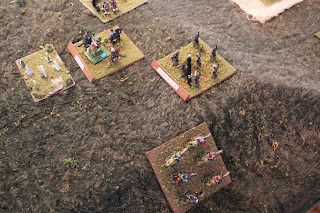 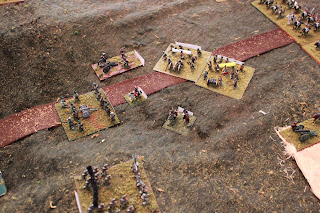 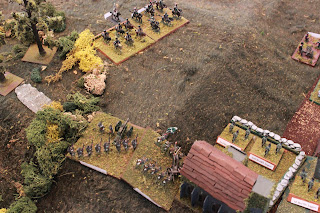 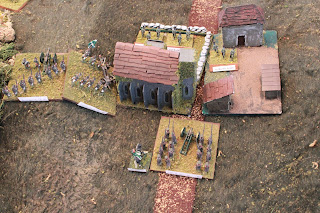 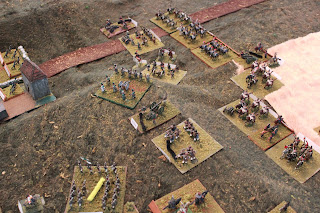 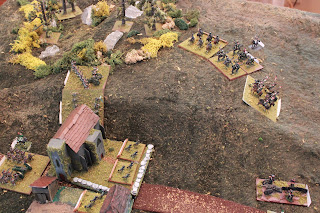 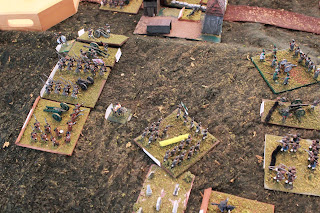 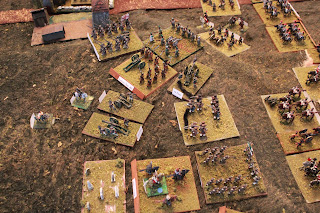 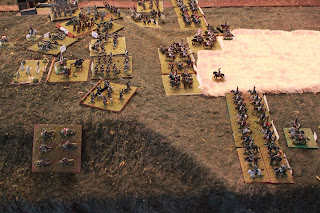 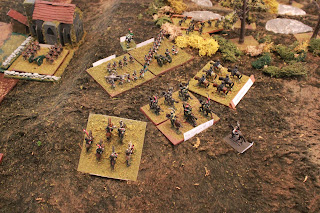 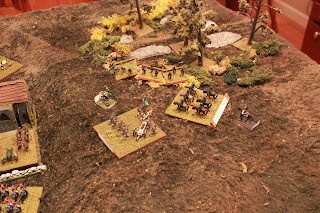 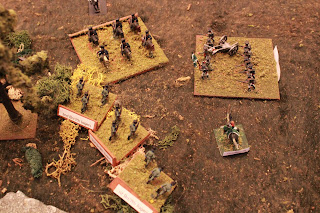 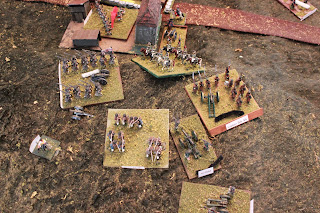 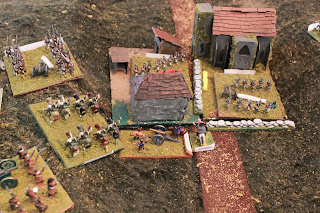 A fun game with good friends. I heartily recommend this scenario.
Posted by Mike at 4:52 PM