I attended GenCon this year on Thursday, Friday, and Saturday; an easy 50 mile drive each day. I carpooled with my friend Craig. We gamed a lot in the past, but our schedules have prevented this for years; it was good to reconnect and catch up. It was the first time I've done more than just briefly walk through the Convention Center. It is quite impressive. My only real frame of reference is Origins, which I've attended many times. GenCon is much bigger. The vendor area is probably three times as large as the one at Origins. I walked through it each day and am still not sure that I saw everything. I did buy 8 Ospreys for $2.00 each and a very good copy of the Funken uniform book covering uniforms through history. It's in French, a language I neither speak nor read, but it has a lot of great illustrations.
There are many more folks in costume at GenCon, at times it seemed that as many as 30% of the people moving around were in costume.
I played the newly released Spartacus board game; fun game. A friend demoed the game at the con and received a copy for his effort. It will be a better game with friends as a big part of it is to hamper the other players by any means available, and we all behaved in the demo game and didn't treat anyone too poorly.
I also played a game of the new Bolt Action WW II skirmish rules. Not really my cup of tea, I'll stick to Command Decision, Battleground WW II, and Flames of War for this period.
The highlight for my gaming was a two part Borodino game using Volley and Bayonet, my favorite period and rules. Played French in both games, two victories!
On Saturday night, I played a game of Free Blades, the new fantasy rules by DGS games. It is a great system.  I will do a full review of Free Blades in a few days, but until then, I highly recommend them. I would have bought a copy, but the vendor area had closed, they only had one copy for sale at the game, and Craig bought it! I'll order a set this week. I will definitely be back next year, maybe running a few games.
Haven't posted in a long time, but I plan to be a little more involved in the blog world. 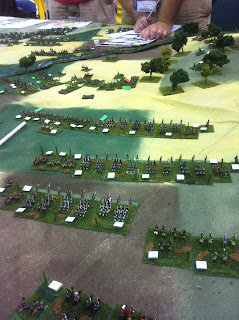 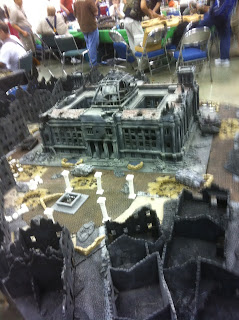 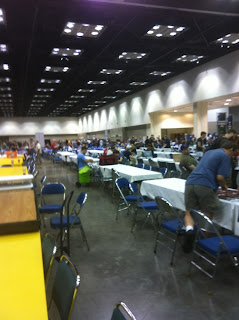 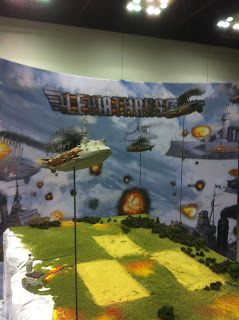 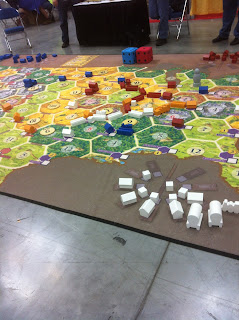 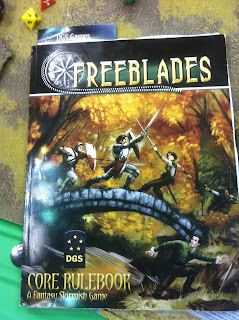 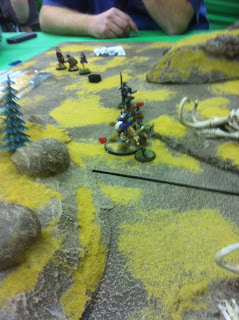 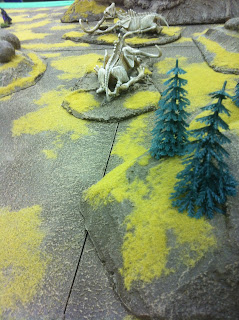 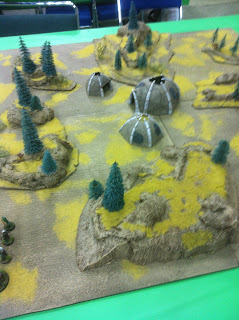