We played my Second Battle of Polotsk scenario recently. A tough fight for both sides, and although the Russians won this one, the potential is there for a French victory.
There were four of us playing, my son, Brady, was the Bavarian commander, I commanded the French and Dan and Jerry split the Russians.

The French and Bavarians defend Polotsk in a horseshoe shaped line. There are a lot of Russians; fortunately, many of them are militia or small units. 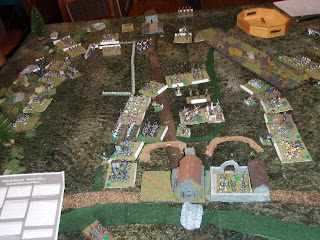 Polotsk viewed from the Russian right flank. The large swamp, seen in the upper right of the picture, created a false sense of security for the French. 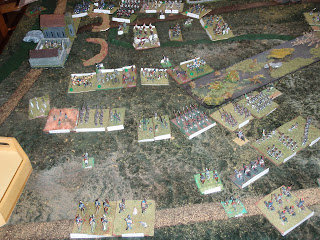 The Russian right advances quickly; they crossed the swamp!
The snack bowls appear on the table just as quick. The Russian center begins to move forward as well. The units marked with the red pipe cleaners are the permanently disordered Opolochenie. There were so many stands of them that even though I have a reasonable number of Opolochenie bases, I had to use line for one of them. 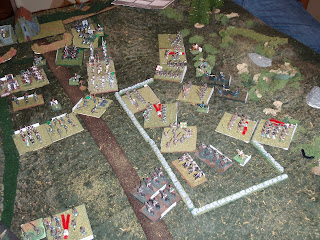 The French throw the Russians back across the swamp. The Russian left approaches the Bavarians. 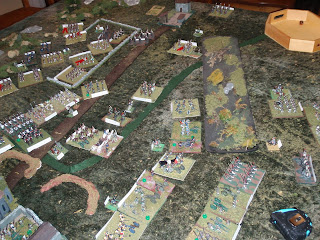 The Russian left inches closer, looking for an opening. From the French/Bavarian side of the table, it seemed like there were a dozen of the linear Dragoon stands threatening us. 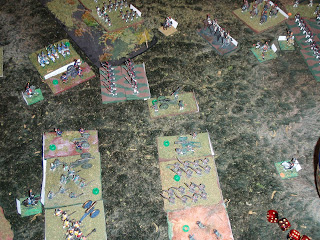 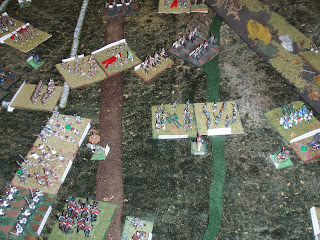 The Russians recross the swamp. 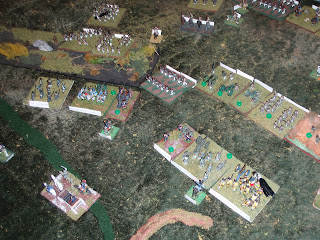 The Russians apply pressure all along the line. 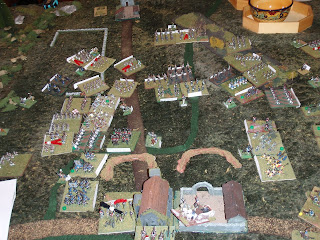 The attack hits the end of the Bavarian line. 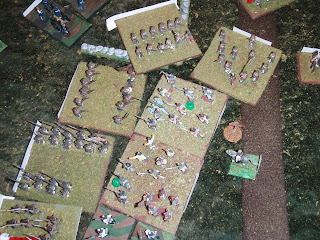 At the same time, the other Russian flank hits the French. 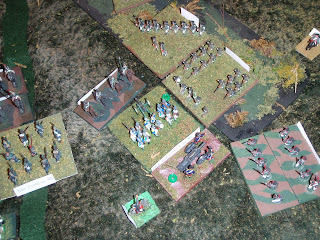 The Bavarians launch a vicious counter-attack that throws back the Russian left. 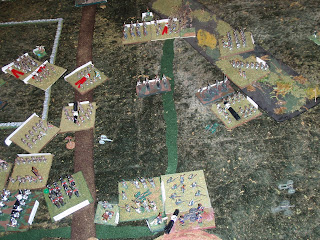 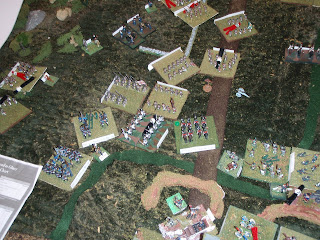 The stronger Russian left flank pushes the French back to Polotsk, and then across the river. Having no choice, the Bavarians follow.
It's an interesting situation for both sides. The Russians have a clear numeric superiority, but much of their army is militia, or morale 4 line, (the night before the battle, Wittgenstein incorporated 5,000 militia into four line regiments.) Their attack has to be strong to avoid potential counter attacks.
The French must look for opportunities to launch counter attacks that will sap the strength of the Russians. The Bavarian commander, my son Brady, did just this near the end of the game and kept nearly half the Russian army at bay. I should have done the same with the French.
The scenario is definately worth a second playing. 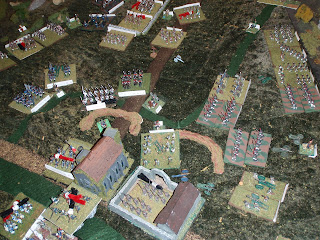 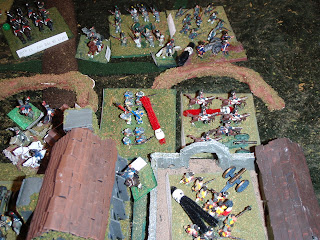 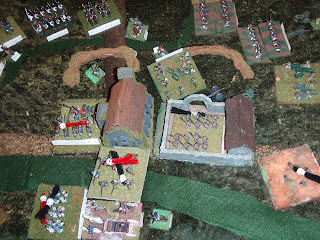 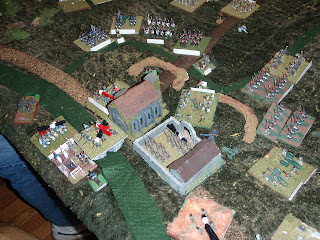 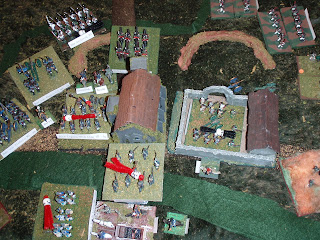