On Super Bowl Sunday, my friend, Richard, and I played the 2nd Battle of San Juan, using the Perfect Captain's Spanish Fury:Actions rules. We now use these exclusively for our Renaissance gaming. Perhaps when Pistolado 2 is released we will give them a try.

The Boqueron Hill, before the fight. 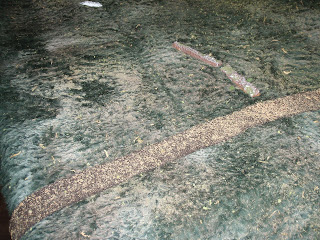 The Spanish defenders; only two units fit behind the meager entrenchments. 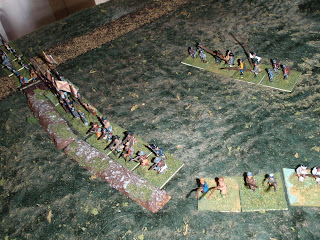 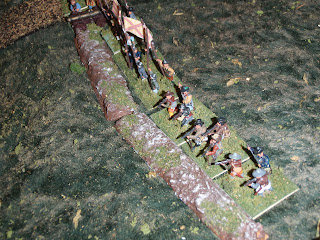 My wily English opponent set up heavy on his right, hoping to flank me. 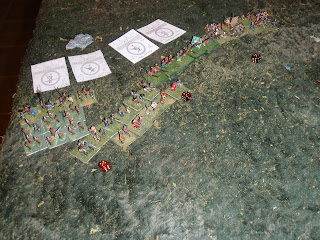 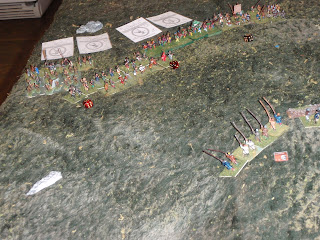 On the first turn, the English rolled an extra Saker for reinforcements and advanced their line. Long range shooting put a Terror marker on one of my militia units. I began to move units from my right to strengthen my threatened left flank. 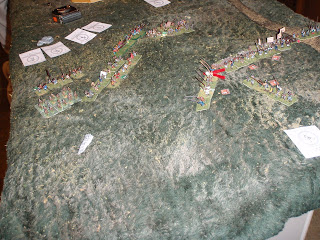 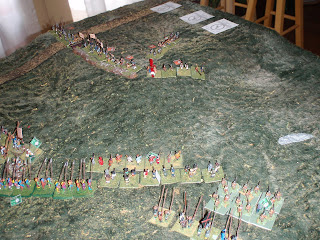 On turn 2 the repositioning of troops continues for me. The English sakers put a Terror marker on my Saker. The English Shore Parties on their left move toward my fortifications. 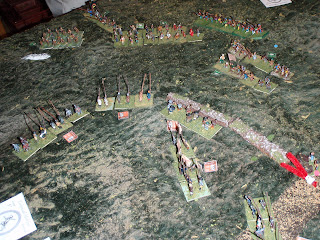 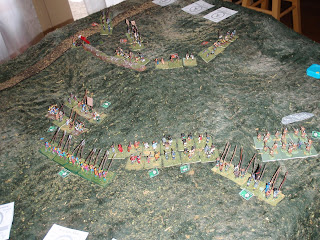 During the third turn, the English kill a stand of militia. Their Shore Parties continue to close the distance. 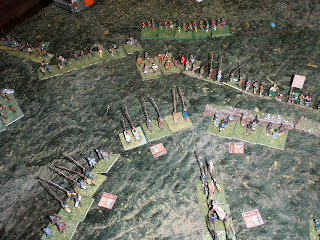 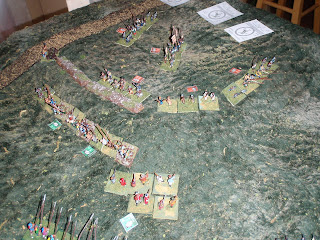 On the next turn, The English shot trimmed another stand from my already suffering militia unit. Their Shore Parties began climbing the hill, putting themselves into charge range 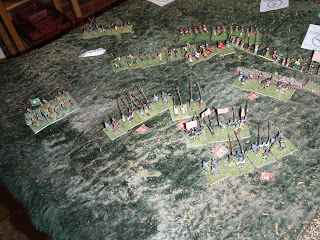 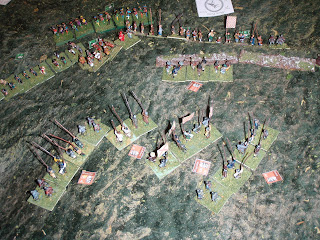 Both English Shore Parties attempt to charge, but fail their morale roll. My three stand unit of Spanish Pike turn to face the enemy. It has been a while since we've had Spanish Pike in a battle and my over-confident opponent has forgotten how powerful they are. If I can charge his shot units, I should be able to blow a hole in the middle of his line.
I have not made a single successful roll for reinforcements. Richard has picked up two additional Sakers and two Shore Parties, which are hugging the table edge and closing the range on my Saker. 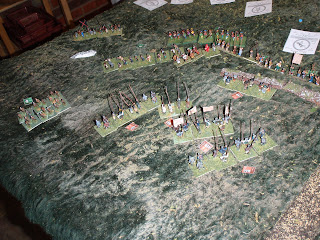 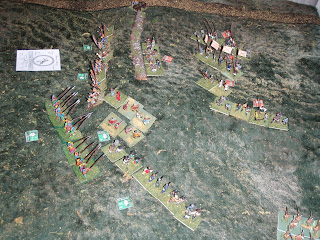 During the next turn, fire from my Shot drove off one of the Shore Parties. My Saker put a Terror on the other. The English Shot killed one of the stands in my Spanish Pike unit; a bitter loss. Then my Pike take another stand loss, and then charge to glory against the Sorsair Shot; and get a locked result. The battle quicly resolves in the next couple of turns. One of my Militia units with an Heroic leader charges the English Shot at the edge of the hill. The Shore Parties overwhelm my right flank. My belated reinforcements of a Militia unit and Militia Horse arrive too late to make a difference.
With the English turning bloth of my flanks, overrunning my Saker, and my attacks stalled, I concede. 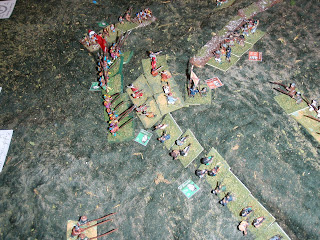 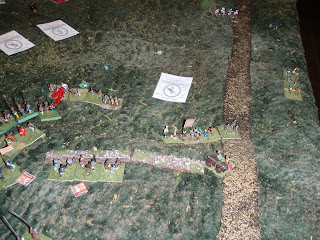 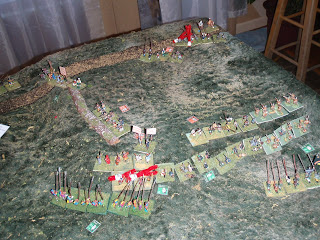 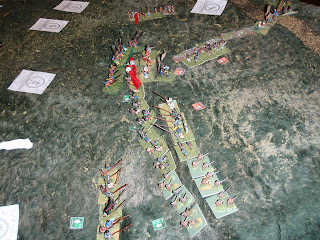 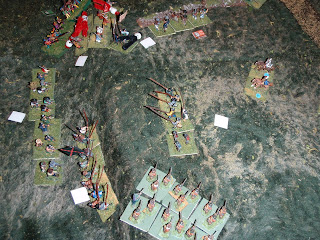 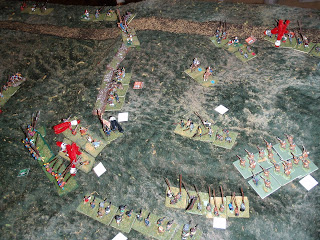 Altogether, another fun game of Spanish Fury:Actions. To balance the scenario I think I will double the amount of Spanish entrenchments and limit the reinforcements to one of each type. We are already planning the next game.
Posted by Mike at 7:55 PM