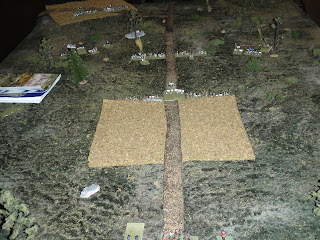 Looking at the American position from the British point of view. 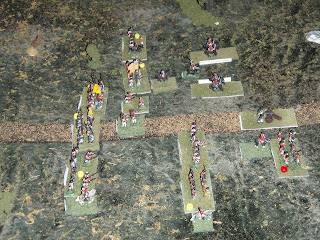 The British advance. They will shake out their line to attack the Americans all along their first line, with a slight overlap on the British left.
The Americans decided to bring their entire army forward to the first line for a stand there. 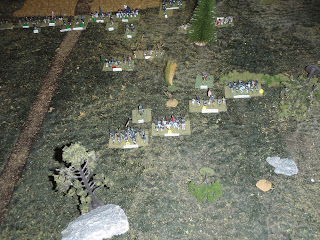 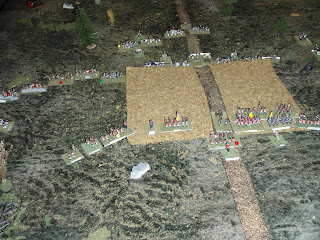 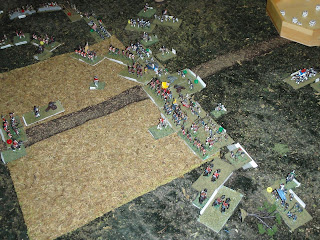 The British lost every melee except one. After tow hours of play, they conceded.
I have run this game twelve times. I recommend it as a well balanced, fun game. It doesn't take alot of troops or table.
Posted by Mike at 9:46 PM